This is fucking horrific.

i make music as wizwars, and also sometimes in the night we met.

co-founder of 8bitLA, putting on nerdy music events since '12

This is awful. I don't know what to say. Sean was this massive hurricane force of positivity, he pulled me forward when things were rough, and when things were good he lifted them even higher. He did this to everyone. I'm so sad.

I saw this on your Facebook first and had thought it was just a horrible dumb joke. But I'm mistaken there.

Sean was a great friend. We bonded over metal and video games of course and I even drove up to Vegas to drive back down to Phoenix with him so we could see the Minibosses. And several years later we did something similar where he came down for Bit Brigade and rode up to Vegas with him so that I could go to a bachelor party. There I stayed at his place for the night and got to sit in on a DnD campaign. It was a lot of fun.

We had some tentative plans to see Iron Maiden and Street Cleaner together. This is a fucking shame. Fuck.

I have no words. This is beyond awful. Thank you Arm Cannon for sharing the news with us.

i feel rotten.  sorry, everyone.

What the fucking fuck, I'm literally in shock right now

Selphie pic The Otaku made for me. Thanks, The Otaku!

What the actual fuck. Unbelievable.

RIP Daemon...my heart hurts for his kid and the Shizzie fam who held him so dear.

I only got to hang out with him a few times in the past year or two, but in that short time he became close to the Koopas. I remember the last time I got to hang out with him. It was with him and Frankie in LA before the rest of the Koopas arrived for a gig. We ate pizza, talked about life, listened to some of his great 2a03 chiptunes (loved his use of the dpcm channel), and playing Gerudo Valley unplugged in a hotel room with him and Frankie. Then jumped on stage in the middle of our MMX medley for Storm Eagle. The smile on his face to be able to play on stage with us was unforgettable.

I'm grateful that I got to spend that time with him, and that the times we got to hang out are all great memories.

I'm also super grateful that he got to play a full set down in San Diego in my stead, although I regret not being there to see him perform that live and hang out.

I joked about it just this past weekend that if the Koopas replaced me with Sean as their new traveling guitarist, I wouldn't even be offended.

The world is a darker place without him.

The last time we hung out, Sean told me about how his son had changed his life, and how he was working really hard to get his life on track so he could get more visitation rights or even custody so he could be a great father for his son.

It breaks my heart so much more to know that he had worked so hard and finally reached that point where he could play a larger role in his son's life. 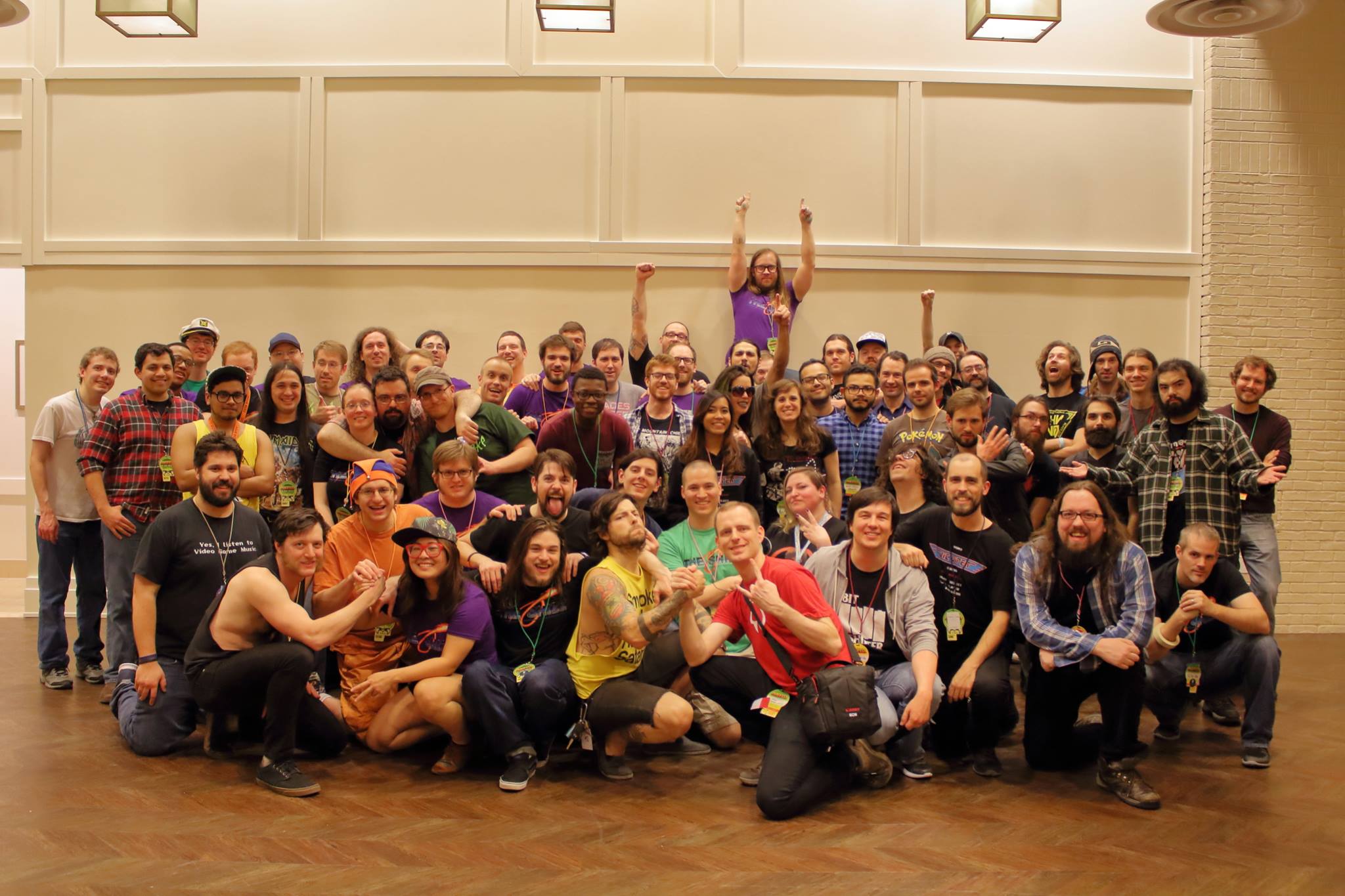 I am devastated.  It probably took me 15 minutes to regain the mental wherewithal just to force my hands to type this.  I don't want to believe it.  Daemon and I both go way back to the original Minibosses message board.  For so many years, I said that he was the best friend that I'd never met.  Then, after he finally came to his first MAGFest, I'd joke about how he was no longer the best friend that I'd never met, because we had met!  And it was great.  And he was great.  He was probably the person that I most looked forward to hanging out with at Shizz events.  And it's just tearing me up inside that we're not going to hang out again, or talk, or do another goofy Post-MAGFest Hatchet Murders joke track for DoD.  Oh, this is terrible.

This is so wrong. What a force for positivity and light. Nobody more supportive of and enthusiastic for his friends and small artists. You all know that because he's been supportive and enthusiastic to you. Whenever I would consider how little I give to this scene, or how to be optimistic in any situation, I'd think of his attitude as the one to learn from. What an irreplaceable loss to his child, to our group, to anything he was a part of, to the world.

This is unbelievably devastating. I can't imagine how those of you feel who were closer to him; I never met him because I let him know too late that I was in Vegas for my 21st birthday (7 years ago, how 'bout that!) but he radiated such a positive energy just through his online presence and messages that I felt comfortable talking to him about whatever. I always felt that he didn't deserve the circumstances that were handed to him; the strength it must have required to put so much energy into self-improvement and still be so kind to everyone would be so exhausting. I have no doubt in my mind that he was a wonderful dad, and the world already feels significantly darker without him.

I'll put myself out there too, for anyone in need of someone to reach out to, my number is 1-780-340-2796. I can't call outside Canada but I can text internationally for free.

You don't see me going to ice cream socials and not eating ice cream and socializing.