Worst games you ever played

Seriously, I try to erase any bad experiences from my memory game wise.

i always hated conan (my version was for the apple, but the same game was avail. for nes)

but i hate that i hated it.

because conan is king.

Conan for NES was crap.

Conan for Apple IIe was awesome.

I would say Sewer Shark. Ugh.


and sewer shark at least has Mark Mothersbaugh and a weird, backwards Beatles reference.

the rocketeer or something like that for the snes

I would say Sewer Shark. Ugh.

i think Optimus would have some issues with that.

that was THE game back in the sega cd heyday. and Dracula Unleashed is worse, trust me.

and yeah, the beatles reference on the disc is pure genius.

Bubsy 3D was pretty close to the worst game i've ever played. my brother rented it a few times and i kept trying to convince myself i just wasn't good at it. then it came to me, it's just shitty. not even the escape from new york/la alternate outfit could make me like it. the control was terrible, the camera was worthless, the graphics were a trainwreck, and actually killing enemies was impossible.

i remember playing ET when i was young and thinking it was a horrible game, but i dont think its the worst game ever. i can sympathize with the people (person?) who made it and being under ridiculous deadlines to push it out the door. yeah it's terrible, but who would have expected it to be good? plus, there are dozens of atari games that are pretty crappy, this didnt seem all that different.

i told creeper yesterday i want to go on a bender and play this all fucked up while covered in vibrating 360 controllers.

Worst use of a celebrity in a game ever. 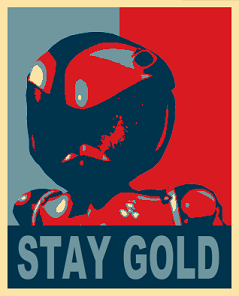 beast wars or transformers or whatever for the n64

the adams family for nes

TimeCop for the SNES. It takes place after the movie and you go up against some double chin retarded scientist who sends wave after wave of karate kicking scientists at you...for three levels and then you get wave after wave of robots. Plus all the levels look exactly alike with no real sense of direction. There aren't any cool moves for Van Damme to do just punch, shoot, kick and the splits. And you run out of ammo fast. Piss poor level design, horrible animation, eye gouging graphics. Just bad.

Way of the Warrior for the 3DO. It's essentially a MK rip off from Naughty Dog. Yes, that Naughty Dog, makers of Crash Bandicoot and Jak and Daxter. First off the menu screen just blairs out White Zombie ad nauesum. Secondly, the character designs are retarded. Thirdly, there is no play control! Everyone mysteriously jumps backwards at the start of the round, and I can't make any special moves work despite the 3DO only have 5 buttons.

Rise of the Robots for the SNES. Did I say Way of the Warrior was bad? Well it is and I don't take it back, however, this one might top WotW. First off you only have one character to select. That's right, one fucking lame ass robot in a one on one fighting game! That hasn't happened since what, Kung Fu or something? Even the first Street Fighter let you choose between Ken and Ryu! Sure it was a pallete swap, but it was a choice. Either way the graphics in this game suck. I know its a 16-bit system and the graphics are supposed to be prerendered, but even Killer Instinct pulled it off decently. There are no special moves, or none that I figured out and the fighting is just choppy.

Tattoo Assassins for the arcade. Ok this game I remembered from way back in EGM in around 1995 when MKII was out and at the top in the arcades. This game basically rips off everything MKII has done. This is essentially a twin brother of MKII with down syndrome, autism, and if it was beaten with an ugly stick while getting run over with a semi. The digitized graphics are horrible! I mean, sub-SNES quality! The sound is disgusting and the premise, tattoos come to life, while cool the character designs and artwork of the tattoos are horrendous! The character designs are unispired. The final boss is just a guy with needles for fingers. While there is a character who is basically Nancy Kerrigan. And there was a guy named Derrick O'Toole. The gameplay is a direct rip off of MKII right down to the button layout and move list. Interesting tidbit, the idea for this game came from the writer of Back to the Future. Yes that's right! The writer of the awesome movie Back to the Future conjured up something as shitty as this game!

Yep, sewer shark is the first that come to mind for me.

Hah, I keep forgetting about Rise of the Robots and how crappy it was.

i still have to stand by ET as a not bad game.

sure it could have been better.

and yes the developers were under a deadline.

and it was overhyped.

but beyond that, it's really an enjoyable game.


Mario is Missing gets a nod, because I rented it as a kid expecting a brand new Mario game.

"One billion b-balls dribbling simultaneously throughout the galaxy. One trillion b-balls being slam dunked through a hoop throughout the cosmos. I can feel every single b-ball that has ever existed at my fingertips, I can feel their collective knowledge channeling through my veins. Every jumpshot, every rebound and three-pointer, every layup, dunk and free throw. I am there."
- Charles Barkley

dj potatoe made a tattoo assassins remix. i have to get him to upload it, it's brilliant. we've spent a lot of hours playing that and laughing so hard we piss ourselves.

- any epyx or u.s. gold c64-to-nes ports like 'winter games'
- bram stoker's dracula
- super battletank
- james pond
- hard drivin', past the initial thrill of driving up a loop-the-loop
- mad party fucker, a c64 text adventure where your goal is to rape as many people as possible at a party, but avoid getting aids from the beady-eyed "thing" at the bottom of the stairs, which takes away 20 points each time you get it. on second thought, it's actually the best game ever because it's just like real life
- pac land
- snoopy's silly sports spectacular - a wonderful game but find me a person alive who can complete the FUCKING!!!! pole vault
- master chu and the drunkard hu

i could just go on endlessly but i'll pass the joint

NO WAY!! Mucho Macho Moochiness OMG!! I'd torture u with kisses - u'd never get away from me aarrrgghhhh xoxoxoxoxox!!

- hard drivin', past the initial thrill of driving up a loop-the-loop