I would eat a lots a spaghetti!

Is it OK,if I provide shipping address?  X D

I found a completely new bank full with music in Santa Claus No Takarabako.

Made a few NSF rip that is rerip protected.

Ripped out an akward CNROM game Fleet Commander. (Stores the whole music in RAM pointers and the SFXs in hardwired memory banks)

And so much more.

I can't guarantee, but let's hope by next year we will track down the last few FDS titles and some other ones.

My main goal is to rip out every commercial game.

If my calculations are correct about 90% of them are now ripped and at the same time most of them has every sound of them ripped out.

I could post the TXT here if some others wanna see the thing, but apparently I can't post anything that is larger than 3KB...

Holy shit. Good work!! We are getting so close..

A stackload of crappy Waixing games, that I failed to include in my archive for some reason. :-P

I even found the triangle metronome blips in The Miracle Piano Teaching System. : P

I demand shanwphase a drum cover of the last one I mentioned in the following stock reports.

I looked up the chart again, and whitened up the recently ripped ones, plus I reripped Soraikke Hiking Game.

Now it works in NotSoFatso.

Added to my archive the Mitsubishi M5080's Chip samples from Aerobics Studio as .WAV.

Not to mention if anybody noticed something strange with some  the NSFs, please let me know about it (unless I can explain it why it won't work on some emulators / players).

Not to mention if anybody noticed something strange with some  the NSFs, please let me know about it (unless I can explain it why it won't work on some emulators / players).

Awesome. Will do. I did mention before (via Shitpost.nsf) that 8-Eyes track 1 only loops once. I'm going through all of your .nsfe collection right now and am on letter D now, so I'll let you know more if I notice any.

My problem right now is indeed nothing that has to do with the files, but the player. Modo player for Android doesn't always save playlists, so I'll start collecting and all of a sudden they're gone and I have to back track. I've emailed the noted email and can't really find a "forum" where I can ask how to remedy this, even if it means manually saving via the files or something. Maybe I'll ask the RGA Discord or something.

I fail to see any problems with my 8 Eyes rip.

I tested on every single player and it does what it has to.

As for NSFE playlists and NSFE players I can't help, since I don't fuss with those, and I don't make NSFE files at all.

Rare image of an NSF ripper during work.

- An NSFplayer for testing. Serving this purpose for the past 2 years now. 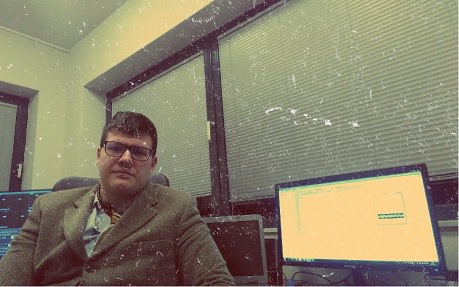 Hi everyone.  This is just a quick update: I’ve uploaded more than 50 files to WiiGuy’s DropBox, but I won’t list them all this time since it’s all SFX (and VFX) updates and PAL files from MrNorbert1994 and Karmic.  WiiGuy hasn’t updated the NSFe Collection (or posted here) in nearly a year, so I hope he's doing well.

MrNorbert1994, you asked for instances of NSFs with problems, and I have a few:

The Athletic World PAL rip seeps to have the triangle channel on track 2 that is supposed to be on track 3 instead.

F-117A Stealth Fighter’s VFX sound garbled to me (although that might be a “feature” rather than a bug, I’m not sure…I played through the game to tag the track names but don’t remember the VFX).

Racket Attack (NTSC and PAL) have a square 1 channel melody on track 8 that I believe should be on track 9.

Finally, Karmic’s rip of Mickey’s Safari in Letterland (with VFX) only has partial songs but not the looped versions in Gil Galad’s original rip.

I know the NSFe updates are far less important than the actual NSF ripping, so keep up the good work and thanks for posting the results on NesDev.

I will try to look up Athletic World and Racket Attack. The problem with these games, that in their main init table, they store the channels as a single track alone. So it means, track 1 is pulse only for the track 1 in you hear the public nsf, track 2 is pulse 2 and so and so on.

The aren't that hard to rip tough, but it is a disaster to arrange them properly.

Kabuki Quantum Fighter had the same sort of crap.

I threw a fix for Racket Attack and Athletic World. I hope it sounds OK now.

As for Stealth Fighter... I have no idea what's up with that. It seems to init everything in a fixed bank, even the PCM samples, but I probably need to check deeper that game, since I never played the thing.

Letterland and a handful of other Beam Software games seem to store the music and sfx all over the place, however it is far easier to arrange, than that 2 others that I fixed.

you two are doing gods work

you two are doing gods work

Especially when I'm trying to optimaze rips for the oldest, crappiest players outta there.