Daemon, Sean Babbitt was murdered.  Spoiler tag for details if you wish to spare yourself.

Spoiler
The details I received were that Sean, who had been many steady improvements to his life after a tough divorce a while back, recently had served his ex-wife with court papers asking for something, whether they were for more visitation, or for custody of his kid.

At the end of a visit with his child last night, the mother of his ex-wife executed Sean while he was putting on his shoes.  She shot him so many times that they are identifying his body through DNA.

The murderer, the mother of his ex-wife, has been arrested. She's also a former police detective.
https://www.ktnv.com...orthwest-valley


Sean and I had become really close in the past year.  We played Dungeons and Dragons over Google Hangouts almost every week.  He was such an excellent Dungeon Master, all of my favorite sessions were at his table.  He knew exactly how to balance fun and jokes, with expertly crafted battles and emotional character development.  Playing at his table was one of the highlights of every week for me, and was an escape during some of the hardest moments of my life.

Sean was the consummate shizzie for me.  He was so enthusiastic and supportive.  He flew to the west coast for a bunch of rad Shizz VGM shows, then he'd fly to Georgia just go to Double Ferrari and Bit Brigade shows.  At my show this past MAG, he was in the front row, whipping that wonderful mop of his around, the most enthusiastic dude in the room.  Fuck, this is absolutely devastating. 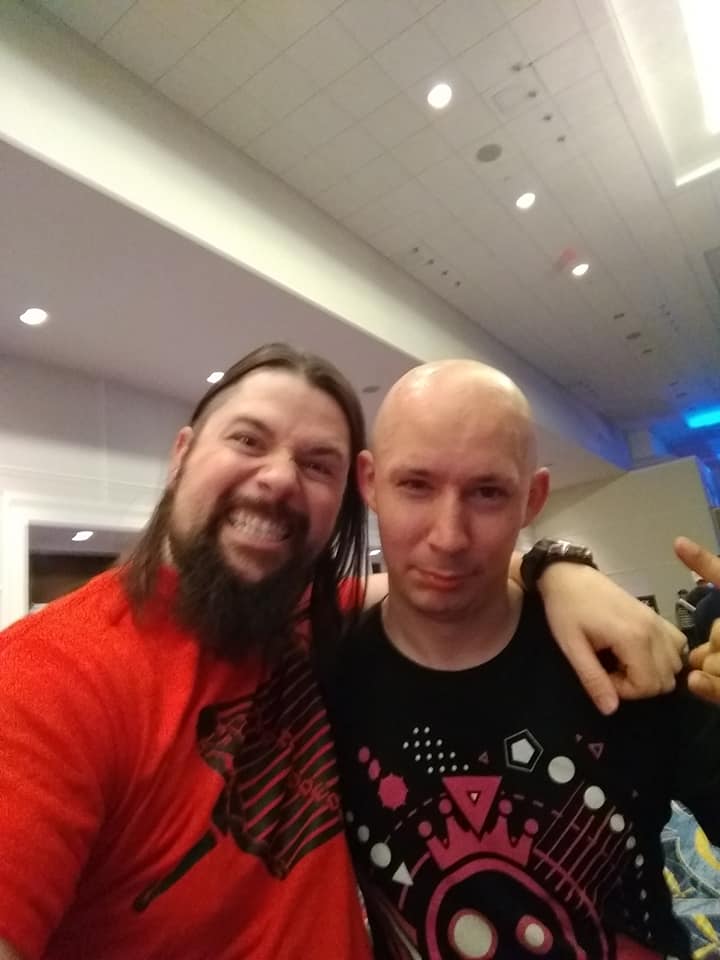 FUCK. I don’t know what else to say right now, it’s going to take some time to process this.

I don't feel okay. This is so fucked up. Fuck everything. Sean was one of the brightest lights in my entire life. In all of our lives. I'll think of some words for later but right now i can't process

I am in complete shock. I seriously cannot fucking believe this. Sean was seriously the ultimate homie and shizzie. Writing "was" doesn't feel right. Fuck guys I can't believe this

Fuck. This is so utterly wrong.

I don't want to believe this.

I hardly knew Sean, and I'm not sure what to say. I'm just so angry.

I'm imagining Ellis writing the script to this at a computer, and every time he gets to the end of a line about religion being bad he smacks his fedora to tip it, making the sounds of a typewriter being reset.

this is mind boggling. i don't even know what to say. my god

It's insane on so many levels.  I have a huge pit in my stomach right now and don't want to acknowledge it.  Sean was a hell of a guy and an OG Shizzie.  He filled this place with so much positive energy and really cheered everyone else on despite his own struggles.  He will be greatly missed.  This is going to take a while for us all to process.....fuck.

Fuck. I can't fucking believe this. I don't know how to even begin to process this.