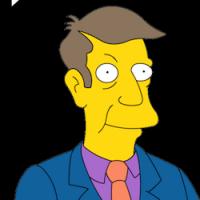 They're touring with Ministry this year. I should go.

I saw them twice, once in the 90s, and then as MDFMK in the early 20s.
They were awesome and fun both times.

So I think many of you are saying "tax away all money over 1 billion dollars" to end all billionaires because 1) other people need more money and 2) those billionaries must have exploited people to get it. I'd like to see the evidence you guys have for when this has worked and helped the position of the bottom half of a country. If it's conjecture, that's fine it's theoretical etc., but if there is the history of a country I am missing then I want to hear it.

I don't have a degree in this, but all you really have to do is look at the first half-to-75% of the 1900, when there was a full-on wealth tax and massive gov spending on social infrastructure:

"Today's income tax rates are strikingly low relative to the rates of the past century, especially for rich people.  For most of the century, including some boom times, top-bracket income tax rates were much higher than they are today."

^ this op/ed goes into how it isn't as black-n-white as people now are saying, but that yes, the rich did pay more taxes at certain points in history, but also mentions how they've been able to hide or hold their wealth in areas that just aren't taxed at all.

I think it's just a narrative excuse to explain why Stark never wants for funding for his unprofitable projects. It's not meant to be a realistic representation of the billionaire class.

Even if they don't mean to say something, they do.

Narrative choices are choices.
But, in thi case, I think Disney knows what they're doing well enough.

I suppose, an alternate reading of the ending could be this:
Tony Stark doesn't do enough to help fix things (he gets married and has some kids instead) despite all his wealth and knowledge, while Cap never stops.

So in the end, Stark has to pay by dying (losing his family), while Steve gets a true happy ending because he didn't compromise/give up.

I detest the guy and wouldn’t vote for him obviously, but the accelerationist in the back of my head is rooting for Bloomberg. All gas no brakes, baby. 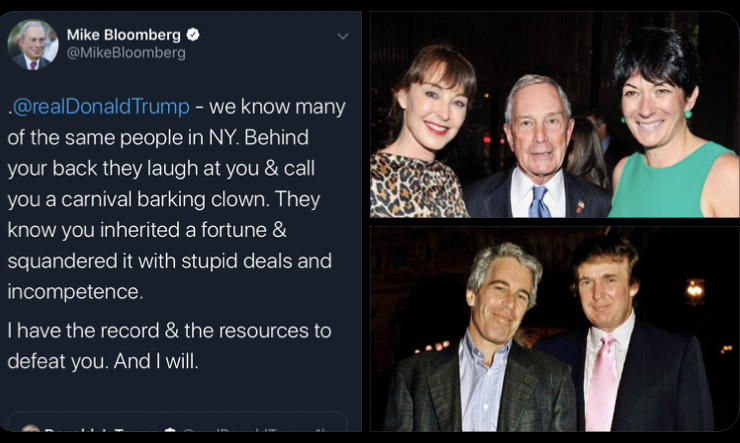 Bloomberg's wealth is his whole game. There's 2 things he has going for him over Trump as far as I'm concerned:
1. He's held an elected office (of one of the biggest cities in the world).

2. He's a 'real billionaire'. In any head-to-head argument against Trump, he can steamroll with his financial successes.

I don't think the guy has any business being president, and we as a country need to stop listening to rich people, but these are arguments that can be used to embarrass trump, and embarrassment is the only currency that counts with his supporters.

Is anyone actually excited to have Buttigieg for president?  Like who is this guy's voter base?  Who thinks he's going to solve structural problems in America?  Do you guys know people who like this guy?

Feel like the Dem leadership learned a bad lesson from the 2 Obama victories (well, a few bad lessons) and one of them was "Lets lean hard into those obvious Optics" aka: "From the party that brought you the first black president comes the first woman president, and now the first gay president!" As if filling the role with a symbol counts more than actual content, character, and policy.

Nominate John Watters or maybe Barney Frank if you want me to vote for a gay democrat.

The candidate I want is one who can do policy, and most likely embarrass trump in the race.

So far that's Bernie, but I'd be willing to vote for any theoretical Dem at this point.

In a movie with space aliens using magic stones to commit genocide this is your hangup?

In a movie with space aliens using magic stones to commit genocide this is your hangup?

Billionaires being compassionate is considerably less believable than magic alien genocide in real life, and I sincerely don't think I needed to be the one to say it.

This ^ but also I think it points to a really distorted cultural view people have, that there is some inherent goodness in being wealthy.

See also the way poor people are looked down upon and assumed to be lazy/bad.

I imagine most of us here see thru that BS, but it is an assumption that's been reinforced by media/fiction for years.

I watched Captain Marvel the other day and it was fine.

The whole thing felt a bit overly cautious, like a job interview.

Also rewatched the first Candyman movie and loved it.
So well made and genre expanding.
(...I feel like I already posted this...)

well, shit. i am finding myself legitimately excited for the new fast & furious movie.


what did it for you?


watching all the previous ones a couple years ago.

Yeah, that'll do it!

I still haven't gotten to em.

I can't believe there's been 6 Mission Impossible movies, and 2 more already scheduled?
Feels like they just vanish from consciousness right after leaving theaters.

I finally saw Avengers Endgame, and I was impressed by what it did well:
having a stupidly busy plot that still managed to make sense.

being pretty good about giving lots of characters worthwhile moments.

Giving the post-climax parts of the story time to breathe.

Things it didn't do so well:
Too f* much CGI, so much of it felt carved from pixels.

A bit too much humor.

Not giving the tertiary characters any reason to be around--Rhody, Captain Marvel, everyone in Wakanda, Pepper Pots.

Also watched the first Candyman movie after seeing it in theaters yeeeeaaaars ago.

Felt it was really well done, didn't force itself to have the 'monster' up front, made the themes clear and thoroughly integrated into the plot, very novel origin for the killer, and used the whole movie to tell its story.

A thing that gets me is that I have often been in the position where I'm seeing a parody of something and I'm not familiar with the source material. Even things on The Simpsons, once in awhile I'll stumble across the source of one of their parodies and it dawns on me that the joke went over my head for the last 25 years.

Apparently they're always riffing on The Godfather, which I have never seen.

I feel the same way. I saw Cape Fear long after the Simpsons episode and I was tickled by how close they got to the film. Same with Citizen Kane.

I'm just going to list some of my favorite movies. Some may be iconic and others...not so much.

I know there's more. There's definitely a lot of movies that I have missed out on that I want to catch up on. I wish there was an easier way to watch classic films.

I have copies of these 4 for you to watch.

And I'd love to watch The Black Hole again as an adult.
In my memory it is the most Goth disney movie.

I might also suggest Escape from Alcatraz since some folks are mentioning older movies.

Here's my latest for that Simpsons themed history group I joined . . . 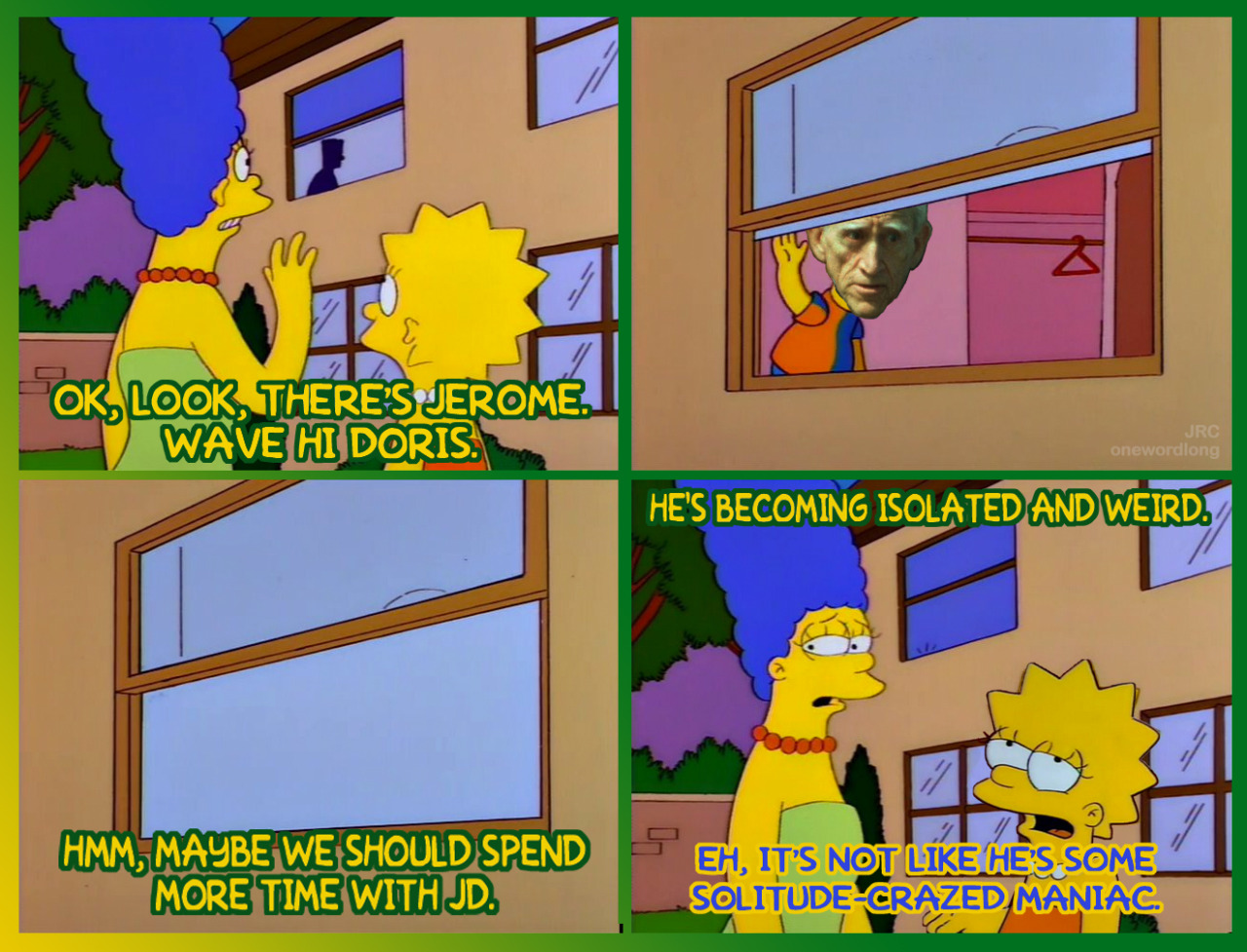 I mailed my stuff out last week, and part of it was a t-shirt I am having drop shipped from the company, so it'll arrive separately.

I forgot to wrap everything or include a card before going to the post office, so sorry 'bout that.

Thanks JRC! I got the box, but haven't opened it yet. But I will tomorrow because I have a super early flight on Xmas itself.

To my secret shizzie recipient, your stuff is slow to arrive here so it will definitely be after Xmas when it goes out <3

Is anyone else reading Postal?
The local library has been getting it, I read up to vol 4 so far.
I think this will someday make an incredible streaming service series or maybe an HBO thing.

Haven't read it, but apparently HULU is developing it for a show.

I skipped the last 2 Wed. and it hardly bothered me.
I have a lot going on right now, and stacks of comics I haven't read.

Also, I counted up my boxes of books yesterday and I have 7 short boxes, 2 long boxes, and no idea how many are back east in my family home. This includes complete runs of X-Statix, Sandman Mystery Theater, Ms. Tree, Gotham Central, and probably 3 or 4 other series.

I recently joined a Simpsons themed History group on FB, and this was the post I'd been waiting to make for about 2 weeks:

On this date, December 25th 1758, Johann Palitzsch proved the orbit of Halley’s Comet through observation. Sadly, Edmond Halley did not live to see his 1705 hypothesis confirmed.

Edit:
Also, here's the Simpsons themed recasting Weener and I did of "It's A Wonderful Life" last year.
let us know if you think we got them right.