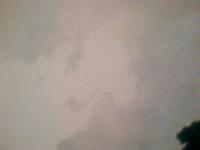 God damn. Liberace is such a fucking showman. Is there an equivalent to him today?

VOOT(Virtual-On Oratorio Tangram "10/80SP vs Ajim" (Top Level Difficulty))
Brothers in Arms: Earned in Blood (Hard Difficulty)
Dynasty Warriors: Gundam(All Achievements)
Tecmo Bowl(Tecmo Classic Arcade)
Metal Slug
I deployed the first Necromancer on my Weird War I Savage Worlds party, then subsequently everyone's first Lich.
The Necromancer, Noxiumhotehp essentially face-planted on an invisible ceiling to keep him from getting into the top level of a super-advanced-tech Pyramid.
Then, he was shot twice in the buttocks by a Winchester being used by "John Doe"(Based on "Soldier" from Team Fortress 2) of World War two, time teleported back to Weird War One!
Then, Nuclear-Lazarus-Man Kemo unflung his gloves on his reverse containment suit(That keeps Others from getting Nuked!)and focused his Radioactive energy into a beam into the Robin-Hooded bullet wound to give him colon cancer!
Then, an Ancent Mummy, previously a Roman Centurion made Prototype Paladin, "Fleximus Maximus" Prayed for his sword to be made Holy, Stood atop the invisible ceiling in the top-most chamber of the pyramid's cylindrical elevator shaft, then let into freefall by Thurin of House Evannarra(Elven Archer/Mage 2ndEd Adv DnD Imported Character).
This freefall turned into the mummy holding the sword upside-down with both hands forward, jamming the Sliver of Light into the Dark Eye of the Necromancer, plunging them both easily 60-80ft, to the very bottom of the Pyramid, Liquifying the Necromancer.

Hope that was 10/10, much more story but don't want to clog up the forum with As Much jokingly incorrect content like I used to...

Pondering the thought, have you guys heard of "JumpChain CYOA"?
If not, it's a really neat conjecture chat game or writing project if you're Way into it.
I can't give out the link anymore, but the Google drive is pretty in depth and I'm sure just Ecosia.org (alternate google)search would give you a forum page w/ link or Something. Either way: Ask me an Anime` or book or some vague concept (like being a youtuber) or something and there's probably a "Jump" pdf for it.
I keep on seeing more new anime` pdfs on the recent updates, and it made me think of this thread.

Sorry, popping in out of nowhere. I'm pretty lame. I bag at Saint Marys OH Kroger. I GM Savage Worlds,(https://discord.gg/F958rUM) I die, I praise the Nexus and the Sun and always down to let on new peeps who aren't quite in the know but interested in being "Brothers of the Spirit".
Your Thomas clip Reminded me of this. This is kinda(Really) awful, but it sounds like it could work?

(Most importantly, I hope everyone is doing at least ok? I feel bad for getting wrapped up in my life, but the meat needs heat.)