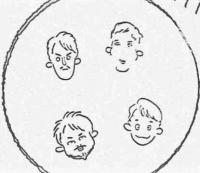 anyways how many of yall have heard of jun fukamachi

Actually I don't think I'm familiar with him. post some tunes!

Here's a few albums to start off.

This is Fukamachi's official site; I'd say it's not too bad of an extra resource when it comes to learning about albums and other things.

For some songs I would note, Bamboo Bong (off of the first album linked here, Introducing Jun Fukamachi) is a song that I mostly recognized from when I was listening more to Kenji Omura (and that actually was from the album Kenji Shock). Omura was also on that Fukamachi album, too.

Dance of Paranoia Opus 2 (from On The Move) was a song that I've heard from the comments of this video https://www.youtube.com/watch?v=KqOxCaowkkc&ab_channel=MFJOK2012 in addition to this page. http://fukamachijun....keep_alive.html

As for "The Sea of Dirac"... Honestly, I don't know. I guess the album itself is pretty nice (also I guess the liner notes stood out to me for some reason)

I have no idea why Spiral Steps wasn't on here... but it is now. http://fukamachijun....iral_steps.html

Check out the stuff on the sidebar below the date and whatnot, on the left. That made me realize quite a few things...

Needless to say, I didn't really get into Fukamachi much until I got into Keep, a band he was in. Keep's also a good band to check out.

Like did you know Fukamachi also did some work on the Casiopea album Super Flight?