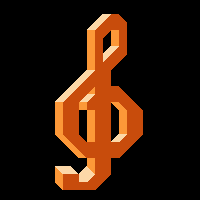 My deep dive into out of bounds Dark Souls stuff-

In Topic: Great VG Intros of the 16-bit Era

Dark Souls 1 always stands out to me over the rest of the series because of how well interconnected the world is. It always amazed me when I would open a door, or take an elevator, and find myself back in some earlier area having opened up a useful shortcut to bypass obstacles and enemies. I think forcing you to traverse the game on foot in Dark Souls 1 really inspired creative world design and interconnection. I've been playing a bit of it with a friend who's never played before and it's delightful to see his excitement when he finds a new shortcut.

This feeling really isn't present in any of the other Souls games because you can teleport between bonfires the entire time. By the time you open a shortcut, it's rarely useful because there is probably a bonfire you can teleport to, to bypass everything in the way. Demon's Souls and Dark Souls 2 both have central areas with individual spokes of pathways leading out from the center that eventually dead end. And Dark Souls 3 was just a big circle. Those games all had impressive area designs (though DaS2 is a bit of a jumbled mess) but it's kind of a disappointment they never recaptured that level of intricacy that made Dark Souls 1 exceptional.


DS1 does still stand out, but at one point it dawned on me how much Bloodborne is #2 in this.


I agree, Bloodborne is in 2nd place for world cohesion. The impact is lessened with the ability to always warp, like mrtame said, it doesn't connect all those areas in a meaningful way necessarily, but in terms of "skyboxes" to look at, you can still look ahead/ behind to other areas just enough to be interesting in that way. Dark Souls 3 does some of that as well but for whatever reason it's not as interesting as Bloodborne's world to me.

People have been asking for me to make videos like Lordran's Layout Explained for other Souls games though and I'm not even sure where to begin. (this is the video I made if anyone is curious- https://youtu.be/sr0ayFx4tBY )

Bloodborne warrants the most analysis but I don't have either a hacked PS4 nor a PS4 pro nor a capture card. I suppose I could use a combination of 720p footage from the vanilla PS4 and do no hacking/ out of bounds stuff at all, and rely on Dark Souls Map Studio for the rest, but that feels like such a major step down.

I do have some ideas for Dark Souls 2, but it would be quite a bit different of course due to the maps not even trying to fit.

Yeah that's the reason you for sure don't want to summon NPC help for the Gaping Dragon or Four Kings. NPCs' AI just isn't equipped for those enemy movesets and I think it's basically guaranteed they're not going to contribute more damage than HP they add to the boss.

Fun fact- Since DSR added another multiplayer slot for co-op summons, this means bosses have a higher potential max HP than they did in the original game.

I missed this mix before but will give it a listen now. I've since found a bunch of Atari ST rips through KHInsider and they're so good. Some of the best PSG game music from back in the day.