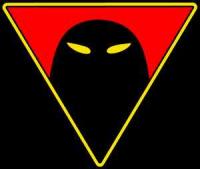 Hi everyone!  As promised, I just made my one update to WiiGuy's DropBox for the year.  I don't know how busy he is, so I can't say when he'll be able to make them available to everyone.  Due to the craziness that is 2020, it is a single, relatively small update with 30 game titles (32 files total).  I have some irons in the fire, but the big news for me is that I moved the timed-but-not-yet-tagged Famicom NSFe list down below 400 titles.  I crossed off Mission Cobra and Ultimate League Soccer from the North American list, which leaves only Trolls on Treasure Island as the last remaining unripped title.  I made updates to the American titles Caltron 6 in 1, Dash Galaxy In The Alien Asylum, Major League Baseball, Wheel of Fortune: Featuring Vanna White, and Where's Waldo?  New PAL titles include Aussie Rules Footy (plus the NTSC Conversion), Rackets & Rivals, and Tecmo World Cup Soccer (PAL and Famicom/NTSC).  FDS titles include Knight Move, Magma Project: Hacker, Risa no Yousei Densetsu (with SFX), Seiken Psycho Calibur: Maju no Mori Densetsu, and Silviana: Ai Ippai no Boukensha.  Two N163 games are Mappy Kids and San Goku Shi II: Haou No Tairiku.  The remaining tagged Famicom titles are America Daitouryou Senkyo: United State Presidential Race, Ballblazer, Baltron, Captain Silver, Crazy Climber, CrossFire, Double Moon Densetsu (thanks Blitz Lunar!), Esper Boukentai, Flipull: An Exciting Cube Game, Taito Grand Prix: Eikou e no License, Taiyou No Yuusha Fighbird, Tashiro Masashi No Princess Ga Ippai, and Woody Poko.  Many of these were tagged using playlists from Yamada-kun.  Other good playlists on YouTube are grad1u53 and kuja45.  Again, I appreciate the help from Blitz Lunar on Double Moon Densetsu, so if he or anyone else wants to tag some more Famicom/FDS titles, feel free to jump in.

I haven’t posted here so far this year, but I will take a moment to add my belated condolences for Disch, whose contributions I appreciate even if I never interacted with him personally.  I have some NSFe files I am working on slowly and I hope to push them over to WiiGuy’s DropBox drive before the end of the year.  Suffice it to say that I have not had much time for tagging in this maelstrom we call 2020.

Finally, thanks for the help, Blitz Lunar.  I’m slowly working through the Famicom list using YouTube OSTs, but if there are any more you can tackle it’s certainly a big help.  MrNorbert1994 ripped a more complete version of Double Moon Densetsu two years ago containing SFX and jingles not in Kingshriek’s original rip.  If you are having trouble arranging the NSFe with the proper play order, let me know and I'll be glad to assist.

Happy end of the year, everyone!  WiiGuy, I'm glad you still stop by every once in a while but I completely understand your burnout.  I will probably make an update at some point in the coming months but I've had to take a break as well.  Norbert, thanks as always for your fixes and updates (and thanks to Karmic and NewRisingSun as well).  Happy New Year!