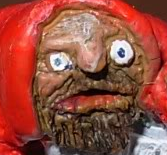 Raub and I discovered a good new drinking game tonight. Listen to some obscure metal albums on YouTube through any upload that has cool looking art and says "full album" in the title.

ONLY ONE11 months ago
Thomas on guitar
Thomas Rattunde3 months ago

That's true.  We can list a variety of reasons for why Clinton lost in 2016, but poor campaigning is definitely a big one.

Sagnewshreds, I am a bit curious if you have gotten involved in politics the way you often tell others to.  That's not meant as an attack, I'm genuinely curious.

Source: I'm a local politician and Sagnewshreds showed up outside my campaign office and played the NES Klax soundtrack on repeat until I suspended my run.

I am testing now. Come to https://www.twitch.tv/mlioobe to watch the movie Krull

This is hitting the spot

I am 100% certain that some people here believe that.

I am also 100% certain we are repeating the same mistakes of 2016 and it's just pathetic.  But call me a moron if it makes you feel good.

Pizza Hut wins the Franchise Wars in hell over my dead body, which is in hell

To anyone saying they say “OH ESS TEE”


That isn’t the fucken question

music and gaming in the same venue? I could save a $ and just sit on my kitchen floor but the time is now, and the now is buy

This website where you can pay celebrities to send you small videos is blowing my mind.  I found out about it because of this mind blowing Mark McGrath breakup video.  I've already recognized 2 people I know on the site lol

I actually know 3 people on the site

A fond Rage Against The Machine memory of mine is being in 10th grade Home Ec class about to get started on our week of making Baked Alaska pies. Before the teacher came in a classmate of mine, Rob, saw my CD player and what CD was in it - Slayer's Seasons in the Abyss. He said something like, "Oh, you listen to Rage?" and I said "No, I don't really like them." He replied, "Well, that looks just like the Rage CD I have." I said "It isn't, it's Slayer." Getting angry he said "Slayer sucks, and why did they rip off Rage's CD?" I said "What?" "They have the same art." "It's because they're on the same label". Now he was getting really mad and I couldn't figure out what the hell was going on. Rob had never been my friend or even an associate but we had maybe spoken once before this, if ever. Regardless, his friend and a person I was forced to ride the afternoon bus with, Howie, also came up to see what was going on. Rob said, "He's saying Rage and Slayer are on the same label". Howie said, "Slayer fuckin' sucks."

Howie and I were mortal enemies because during one gym period  in 6th grade we played basketball. Our school only had one set of colored mesh team jerseys so the gym coach made us do shirts vs skins. Both Howie and I were fat as shit and for some reason or another were last to be put on a team, I think because everyone was just assigning their own teams and we both wanted to be on Shirts for the obvious reason of not wanting classmates to see how truly fat we were. I was in a gym class group with a lot of people I played sports with (I was on the basketball and football teams) so there was an argument and with a number of them being on Shirts they basically said "We want DBJ" and drug me over. This left Howie to be on Skins but he refused to take his shirt off. Then began the jeers of "beefy tits" that someone came up with, and forever-more (for two years in middle school) when Howie was ever needed to be made fun of "beefy tits" it was. Howie gave me a death stare at my luck? of being put on Shirts, though I did not chant "beefy tits" with the rest as I had beefy tits as well. A year after this incident his family moved to somewhere where he ended up on my afternoon bus ride home, getting off long before I did as I was basically the last stop. Every ride contained glares and a couple "Fuck yous" sent my way as parting comments. Soon after the rides began smoking cigarettes, as as soon as he'd get off the bus he'd pull one out and light it and glare at me from the dirt path as the bus pulled away.

Back to 10th grade, all I could say to Rob and Howie was, "Listen it's just the label art, anything on this is going to look the same. I can even bring in another CD tomorrow and it will look the same too, it's not just Rage and Slayer." Rob said, "Shut the fuck up, I should break that thing in half in front of you for saying that." Howie said "Maybe we'll take care of this after class." Now I was worried because I had only been in a fight with one person ever, this kid Ron? who I fought in my grandma's alley after he called me a grandma's bitch and I was terrified of ever getting in trouble in school for any reason.

Anyway, the teacher came in about 3 seconds later and Rob and Howie never did fight me nor break my CD but I did not bring or expose my CD player or discs in public after that and they always gave me hateful glances for the remainder of high school until I hung out with Rob at a party and he didn't remember the incident. Howie hated me forever, which is fine, because I didnt like him either regardless of our beefy tit companionship.


Thanks for nothing members of RATM, Rick Rubin and all their fans for ruining what should have been an informative and delicious pie baking class. I still don't know how to make a Baked Alaska but I know you can't leave it in the oven for too long or it melts (does it?).

Ride the rile as long as possible. Hold onto 1998. When energy has been expended, turn to Birdman: https://www.youtube....h?v=1JEueGdQ5yQ