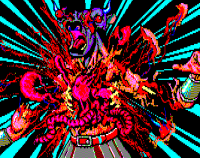 I'm not a grilled cheese conneseur, but I can say the best cheese I've ever had is cave-aged Gruyère AOP Reserve, aged for at least 15 months, making it sharper than younger, more common gruyeres.  Due to it's small quantity and expense, it is not distributed outside Switzerland.  Why is it so good?  It's from mountain cows freely graizing in the swiss alps (or rolling hills of west Switzerland), and much of the wonderfully clean mountain watered grass consumed there is also full of flowers (petals and sweet pollen), making the milk both sweet and floral.  (I can also say what americans call "swiss cheese" is so far from the Emmentaler cheese it is trying to emulate, it is just a joke.)

If I were to make a grilled cheese, I'd look to these.


I would love to try this stuff someday. I think I can get some real (?) Vermont cheddar around here, but even basic-ass Gruyere is too expensive for my pleb budget.

Havarti+Muenster is still my fav combo.

That sounds like such a great combination! Muenster is so versatile, I used to get it a lot at this Polish deli near me when I lived in Chicago. They also had like a zillion different kinds of smoked sausage <3

I went to a electronics store 2 days ago and spent a few minutes playing one of their electric drum sets, it's fuckin cray how much they have improved since the early 2000s! They felt awkward and laggy whenever I gave them a whirl back in those days, but these days I am very tempted to buy one!

Very compact, and not a problem if you want to play them at night (my family goes to sleep very early), just pop in some headphones! I'm not well-versed at all in what the good brands are, or the brands that are decent & affordable. I'd love some input if anyone here is familiar with said devices!

I love this thread and my heart grows 2 sizes every time it's bumped.

Moonie do you still have that Kramer? The image is absolutely astounding, it blows away my three other RGB_ to YPbPr / YCbCr transcoders by a long mile. My 32" WEGA looks just as good (if not better!) than my PVM, tbh. Component is king, RGB is a meme. lol not really but still!

Yes I still have it. It was definitely a step above the $60 clone hardware you would always find on eBay. That said, there are more readily available converters these days that I imagine are just as good:

While my Trinitron looks pretty good, I can still see more detail on all of my PVMs which makes sense since they're higher resolution that consumer sets. Which PVM do you have? it's possible you have one of the lower end sets with a lower resolution. I'm also curious what calibrations you did on your big CRT. Mine has red push (i.e. more red on-screen kind of makes everything slightly more red) and it annoys me mildly, but it sounds pretty common with the Sonys.

I forgot to mention I picked up this bad boy last week for $35.  It's a Sony KV-36HS510 and goes all the way up to 1080i.  Unfortunately, the lack of 240p and scanlines is really bumming me out.  Would a 240p down converter box fix this?  Looking for suggestions.  Otherwise, I may just have this hooked up for 480p content and use my other TV for older systems.

I think you have to go pretty deep down the rabbit hole to make it work well...? Google search says that the TV is line-doubling to 480p. Some models (not sure if yours is included) then scale to some other final resolution like 540p before outputting. So if you wanted scanlines, you'd have to do something like:

What's tricky is most scalers that I know of have VGA or HDMI outputs, but I believe some of the more obscure ones have component out. Some scalers have scan-line generators so that may or may not be a separate piece of equipment. Probably start looking through this page:

Honestly, you're probably better of making a post on reddit or somewhere where there are more knowledgeable CRT nerds than us. Good luck! I always enjoy a new project.

I have the RetroTink one and the CSY-2100 clone (plus a third from linuxbot3000 on ebay), the FC-14 is the grandaddy of all these and blows them away so hard.

Turn off AXNT in the service menu if you haven't already. Fixes the red push!

Here is a thread for you:

I've gone completely down the rabbit hole. Pictures and more information to come in the next few weeks. An upgrade to those CSY 2100 RGB-to-component converters on eBay. I had a saved search on eBay for ever. It's definitely an upgrade, but it's not going to magically make your consumer CRT look like a PVM or anything. The connectors are all real sturdy which is another real plus over the CSY 2100 clones. Inputs are RGB via BNC or VGA. Unlike the CSY 2100 clones or a PVM, this thing is picky about sync. I had to get a new SCART-to-BNC cable with a sync stripper built-in and my current Saturn cable doesn't work with it at all (w/ or w/o the sync stripper), but everything else is working a-okay. Well the Genesis 2 has the same problem as the Saturn, but who gives a fuck when the Genesis 1 is working.

I had been looking for awhile at trying to replace the 27" consumer Sony CRT with a larger PVM or similar monitor, but those are few and far between and expensive. The Kramer FC 14 is good enough that I can live with the picture quality and delete those saved searches for larger monitors. Supposedly one of the best monitors in terms of picture quality. Resolution is 800 lines and is one of the few 4:3 monitors to support 480p (and up to 1080i, but not that you'd use it for that). 480p makes a much bigger difference with GameCube, PS2, and Xbox than I was expecting. That said, Sony's monitors have misleading sizes as the viewing area is only ~13" diagonally. My JVC monitor has a resolution of 750 lines and an actual 14" viewing area; that 1" makes a big difference. Will probably use it exclusively for 480p gaming, the JVC for my 240p solo gaming, and the consumer Trinitron with guests.

Theoretically I could use the Kramer FC 14 to hookup a PC or laptop for some MAME gaming too. This is neat! The Dreamcast is really stupid in that it's really hit and miss with what supports VGA, RGB, both, or neither. This guy can switch between VGA and RGB modes which makes it easy to get the best output for the given game. You can output over VGA, but you can also output 240p or 480p over SCART. Most TVs won't allow that, but the 14L5 does so I can just use the SCART-to-BNC cable that everything else uses which is convenient. Also optionally adds fake scanlines which looks silly on a CRT as it already has real scanlines.

Moonie do you still have that Kramer? The image is absolutely astounding, it blows away my three other RGB_ to YPbPr / YCbCr transcoders by a long mile. My 32" WEGA looks just as good (if not better!) than my PVM, tbh. Component is king, RGB is a meme. lol not really but still! 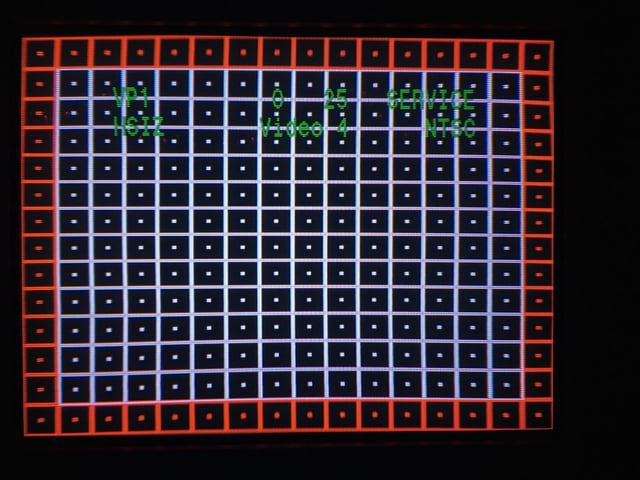 It doesn't hurt that I've spent forever adjusting and calibrating the WEGA, heh

Spanking off to beautiful Saturn and Dreamcast games!

Symphony of the Night-meets-Dark Souls games are a dime a dozen these days, but this one really looks like something special from the couple minutes of gameplay footage I've seen so far. Immediately looked more enticing than, like, Death's Gambit for instance. I already have soooo many dang games I need to get to though, just ordered a copy of Bloodstained for $25 last night. Have any of you folks picked Blasphemous up yet?

The internet is all ready buzzing about this information released only 2 days ago. It’s all new technology and is not perfect yet but it’s a bright future for translation on emulation.
RetroArch is a front-end for launching a multiple of emulators.
The latest software update has artificial intelligence to translate Japanese text to English and vice versa.
Video of it in action below;
The LibRetro team responsible for RetroArch showed the translation working with ActRaiser for Super Nintendo.
You can chose voice to read out the text in English. Alternatively, it can create a new dialog box that replaces the original Japanese with English text.
“Welcome to the future,” RetroArch developer Daniel De Matteis wrote in a blog post. “Sometime ago it was proposed that’s Optical Character Recognition and Text-To-Speech services be added to RetroArch.
Now only months later, and here we are, an AI Service up and running.
How does RetroArch AI translation works? Well this feature has two modes. The first is “speech mode.” When you hit the AI-service button, it scans the screen for text, and then it reads that text back to you. This does not interrupt the game instead, the game will simply read the Japanese text in English whenever the AI server returns the translation.
In “image mode,” RetroArch pauses the game. It does this because it is actually creating a new text box filled with translated English to put over the original Japanese text. When you are ready to move on, simply un pause the game and continue playing."

Bulk Slash! Kinda like Virtual-On, only your mech can transform into a flight mode and there's animu babes

There's an Action Replay like device, though I can't remember what it's called that will let you play imports and burned CDs, I'm going to get one once I have space to set up my systems again. 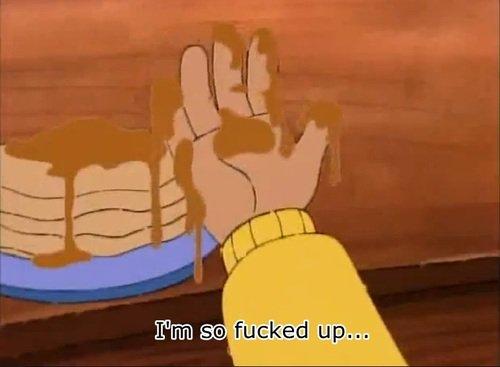 I took a comprehensive psych exam that took 3+ hours a couple months back, the results came back telling me that I have pretty severe ADHD. They gave me an extensive report with all sorts of cool facts about what I excel it/what I struggle with, I even learned that my IQ is apparently 121.

Anyhoo, they've put me on Adderall. I know a lot of people think it's a terribly dangerous slippery slope, but the stuff ANNIHILATES my mental fog/chronic fatigue/social anxiety/anhedonia. It's great! Def makes me very focused and energized, yet very calm and collected at the same time. Very unlike what I'd see at parties in my 20s when people would be abusing the stuff and essentially act like they are on coke for several hours rather than ~30 mins. All these positive effects from the medicine is working wonders for my debilitating anxiety and depression, I would have zero anxiety about going to some East Coast Shizz event if one were to invite me (something that would have been very difficult for me in recent years). Odd how my antidepressants have never really helped me (the two different kinds I've been on over the years), perhaps I don't have an issue with natural low Serotonin but rather with natural low Dopamine!

Has there been any word of an eventual bundle release of the 2 Bloodstained games? I'm holding out for that or an eventual sale, my damn "backlog" is way too big right now. Didn't beat either scenario of RE2 Remake thanks to Sekiro, didn't beat Sekiro thanks to toying with my Raspberry Pi, didn't finish organizing my Pi thanks to my new Saturn! Staggering pile of game shenanigans lined up, right here.