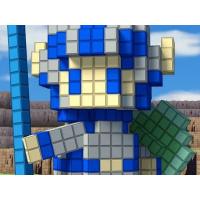 I loved The Force Awakens in the theater and still don't mind it.  I enjoyed most of the Jedi stuff in the Last Jedi (Kylo, Rey, Luke.. was not bothered by Leah's feats as some were) but didn't care at all for the rest... especially Rose.  The Last Jedi was acceptable considering everything that went before it, but the introduction felt rushed.

I was reading a book "Salt, Fat, Acid, Heat" and inspired by the salt chapter, I found a scrambled egg recipe that called for quite a bit more salt than I normally used.

It shouldn't be hard to scramble some decent eggs, but there are some fine points to doing it well.  The first is using medium low heat.  I also wasn't using butter or this much salt before, and holy hell it makes them much more delicious.  I used the recipe the first day, and just winged it the next two.  I think I'm using a touch less salt now than the recipe called for, but I'm also adding a bit of cheddar cheese (throwing the cheese on at the last moment and then dumping it all into a bowl so that the confined space of the bowl concentrates the heat and steam to do most of the melting work).

I'm another person who just didn't get into Coco at all.  I found it strange how many people loved it, maybe people who grew up without a dad?  I mean I only saw mine 6 weeks a year, but it still didn't snag me.

I've probably seen Coco 50 times in the last 6 months since the kids like it and my wife and I like it too.

For me, this movie was An American Tail back in the day.  My brother and I watched it 10 times in one weekend as it was the only vhs we asked to bring to our uncle Frank's house.  We'd say "We want the mouse!" as a way of telling him to rewind it and put it back in the player.  I of course only know this story from being told to me, we were like maybe 4 years old at the time.

An American Tail was pretty good though, for sure.  I had good taste even as a little kid.

Coco seemed average to me the first time I saw it, but it really grew on me as I watched it more and more.  There's a lot of fun little details and I really love the way the music is integral to the story.  No dad issues here, so that isn't it!

Before Deep Purple had really settled into the burgeoning hard rock genre, they sprang forth from psychedelia. But even then, some of their shit foreshadowed where they were going. This is pretty fucking metal for 1968.

I've read serious critiques of the serological test papers.  Usually the problem is that the sample of people is not representative.  As far as I know, there has not been a single good study yet that can tell us how many people from a given large area are truly infected (and thus what the true case fatality rate is, i.e. the infection fatality rate).

Probably can't do that if you're only furloughed for a week out of a month.

In Louisiana you would file for partial unemployment starting from the date your hours were reduced.  Then you'd enter weekly info and on the weeks you didn't get full hours, you could potentially get the unemployment benefit.

I definitely need to go listen to the bands that inspired metallica and megadeth, thin lizzy among them  also deep purple.

It's just weird to be on the recieving end of government benefits for the first time in my life. I normally pay 20%-25% of my paychecks in tax, and since my wife and I aren't students and we don't have children, we also have to pay an extra $2000+ at tax time every year (it's very frustrating to hear our friends talk about how much of a return they get).

So yeah, this Covid-19 unemployment money just seems to good to be true to me.

i know this is regurgitated all the time, but getting a refund is not a good thing, despite the fact that people treat it like free money/something to celebrate. all that means is that you paid too much during the year and you gave the government an interest-free loan that they don't deserve.

I've always thought this way, but my wife often brings a different perspective to my life and like most non-technical people sees it as a bonus and more importantly,*feels* it as a bonus.  If you crunch some numbers, the amount of risk-free interest you're missing out on (maybe 2% a year?) is minuscule. So unless you're dying to receive every dollar each month for essential bills, don't worry about it.

As far as official English releases go, mostly Western ones, since so few Japanese RPGs in general were getting localized in the 8/16-bit days. Arcana on SNES is another Japanese one that got a US release and is pretty easy and accessible. If you count Japanese releases, there's a bunch more first-person dungeon crawlers, like the Megami Tensei games.

Awesome... I'll have to try this sometime.

Off topic, but it's impossible not to post this legendary arrangement whenever Axelay comes up:

Just in case anyone was wondering what I thought, Trump's below-average handling of COVID-19 would be a great reason for anyone to NOT vote for him this year if they were still inclined to do so. The pandemic may actually help him though.  I think there was a very good chance of the overheated stock market crashing before the election, but in this situation, the pandemic takes the blame for the crash while Trump will take credit for the recovery (if there is one).  However, I'm expecting a further crash... bubbles popping tend to feature a thing called a "dead cat bounce", or "head and shoulders" where there's a steep decline from the top, a partial recovery, and then the real decline.  Alternately, if the shutdown destroys small business, the crash and stimulus might favor the big businesses which make up the stock market.

I was curious what your take was, but I do suspect both the economy crash and the pandemic will hurt Trump, particularly if it lingers until November.  I've heard pundits also say the sheer amount of views on the regular press meetings about coronavirus may help Trump like all the free media did back in 2016, so I could be wrong on that point.  Do you think the Biden nomination helps him?

I think the Biden nomination helps Trump a little, if only because Biden is absolutely nothing for any Democrat to get excited about and there are probably more Democrats actively opposed to him than any other Democrat candidate.  If COVID and recession hang around until November, it will definitely be an awkward election for Trump though.  I wouldn't make any predictions though. Too much hangs on the balance of individual battleground states that I don't know much about.

I've been tracking US deaths per day and Louisiana cases, tests and deaths per day (also my local area within the state).  My data is showing a noticeable peak and decline in cases and deaths per day as of about a week ago (both nationwide and locally). At first I thought this didn't make sense (deaths data should lag cases), but it does make some sense if more vulnerable people such as seniors are practicing more strict distancing than younger people (and started doing it sooner).

My concern is that the early peak and decline are real, but that there is a broader and slower curve where we are still pre-peak. In that case, the decline from the initial R0=3+ curve could be larger magnitude than and thus hide the incline from the broader R0=1+ curve.

Just in case anyone was wondering what I thought, Trump's below-average handling of COVID-19 would be a great reason for anyone to NOT vote for him this year if they were still inclined to do so. The pandemic may actually help him though.  I think there was a very good chance of the overheated stock market crashing before the election, but in this situation, the pandemic takes the blame for the crash while Trump will take credit for the recovery (if there is one).  However, I'm expecting a further crash... bubbles popping tend to feature a thing called a "dead cat bounce", or "head and shoulders" where there's a steep decline from the top, a partial recovery, and then the real decline.  Alternately, if the shutdown destroys small business, the crash and stimulus might favor the big businesses which make up the stock market.

(note: Also Rize, make with some RPG answers then boiee!

Let's go out of the box a bit then.  Shining in the Darkness had an understated but really cool intro.  The game was like Dragon Warrior II, but in first person which made for a really new and immersive experience at the time.

This is nuts, and surprisingly watchable.  This is supposed to be one of those ideas you have and forget about, not spend 6 years implementing!  Bravo, Nario.

The recipe is literally on the side of the pack of red beans.  Although it's a pack of "camellia brand famous new orleans red beans"... these are literally the only brand of (non-canned) beans I can ever recall seeing in my life.  Maybe it's more of a cajun thing than I realize.

2) Put the beans in a pot, bring to a boil for 10 minutes (it doesn't say how much water; typically I think you want it an inch over the beans)

3) In a separate skillet, brown some meats and set aside.  Saute some onion, garlic parsley and celery in the left over fat (we only had onions)

4) Throw everything in the pot with the beans plus 1 bay leaf (we didn't have a bay leaf).

5) Lower heat and cover for about 1 to 1.5 hours, stirring occasionally until the beans are tender.

6) For a creamier consistency, smash some beans on the side of the pot and stir it. I did this a LOT and it didn't thicken up a lot until I turned the heat off after which it thickened up considerably. I guess it contracts as it cools or something.

I'm a little surprised it doesn't call for any salt.  You can (I did) add some while eating it though.