Posted by raubhimself on Yesterday, 12:11 PM

I can't believe I just now remembered this, but my uncle renovated part of their barn using wood that was a stage for Aerosmith. There's a company back in my hometown that does stage building and stuff for big concerts, and either he worked there or knew someone that did and managed to get his hands on it after they tore it down.

Posted by raubhimself on Yesterday, 10:41 AM

This has been getting me through the week.

I found my Dads CDs and records and checked them out on my own. All the classics, LZ IV, Back in Black, White Album, Queen... My Dad had good taste in classic rock. And then also in that collection was Aerosmith's Get a Grip.
I felt then that CD's inclusion was some sort of accident, like how did a guy with otherwise good taste end up with this?


Eat the Rich has a good riff. I also like the cowver art.

Yeah except Aerosmith singing about eating the rich in the primer of their career is...

TheShizz is, and always has been, the #1 Place for Aerosmith Fans on the internet.

Joe Perry definitely makes me feel better about my own shitty mustache.

So does anyone in their area have stores that are proud to be anti-mask and will threaten you with a gun if you come into their store wearing a mask? No? Well, Arizona does!

ugh, fuck that whole town. Cave Creek frightens me. for the past year of pandemic, i've been getting out into nature more than i used and while i enjoy being in the outdoors part of CC, i legit will drive back into actual civilization before i go into a store or anything

edit: the 'funny' thing here is that people from CC are scared of my neighborhood too

Yeah, we went up there a few months ago just to check out some of the nature shit and it's a whole different world. Trump signs everywhere, Trump flags everywhere, etc. We went to a trailhead and put on masks in the parking lot and two middle-aged dudes coughed at us mockingly. Kinda soured the whole experience because it really is beautiful up there otherwise.

Urv, I hope everything goes smooth for you. Let us know if you need anything.

Get a Grip was on of my first cassette tapes when I was young, so I have a fondness for it even though I mostly despise Aerosmith. I listened to it somewhat recently and it still holds up through my nostalgia lens.

One of the strangest things I inherited from my dad is a bizarre 80s movie called Earth Girls Are Easy. I just watched it for the first time, and it's somewhere at the top of the campiness charts. Basically a romantically unsatisfied valley girl Geena Davis tries to deal with the aliens that crash landed in her pool, and falls in love with alien Jeff Goldbloom. 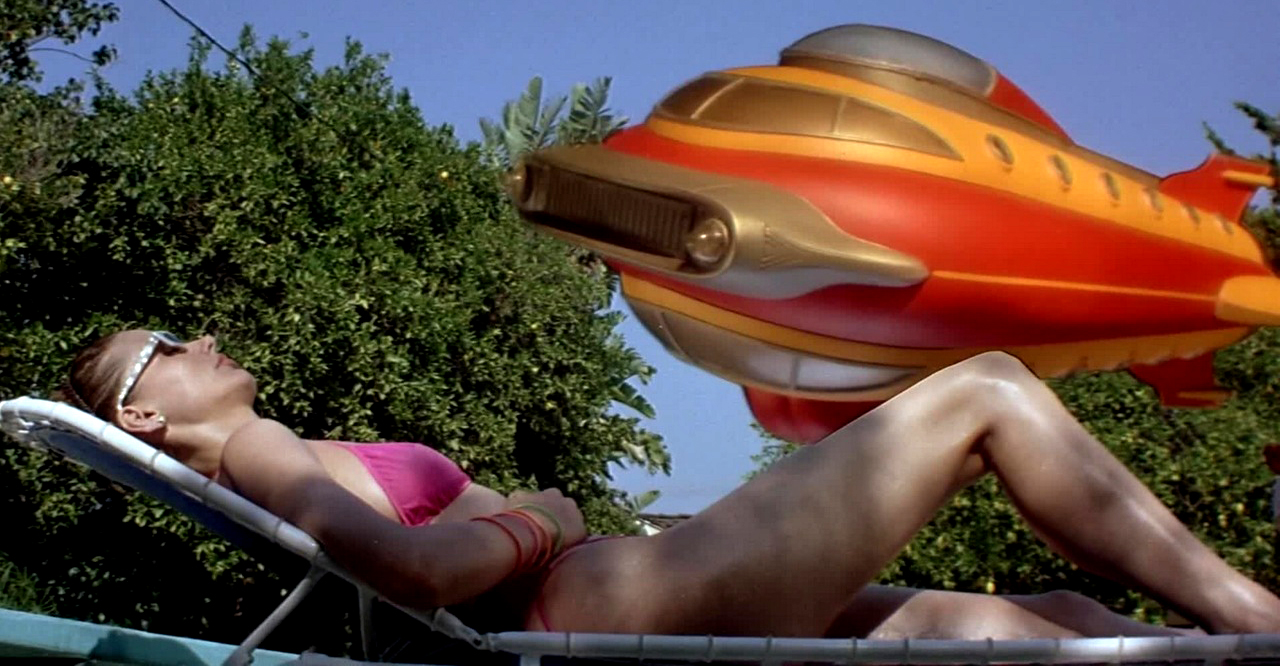 Jim Carey and Damon Wayans are his alien friends, they do a bunch of weird alien-trying-to-fit-into-80s-california hijinks. It's kind of a romantic comedy, it's kind of a Kid In King Arthur's Court story, it even has a few musical numbers.

Basically, I don't know what to make of this film. It's super self indulgent zany bullshit, but it also had heart. I would never call it a good movie, and I'd never watch it again on purpose, but there's something there for people who love innocent, silly, ridiculously weird fun. 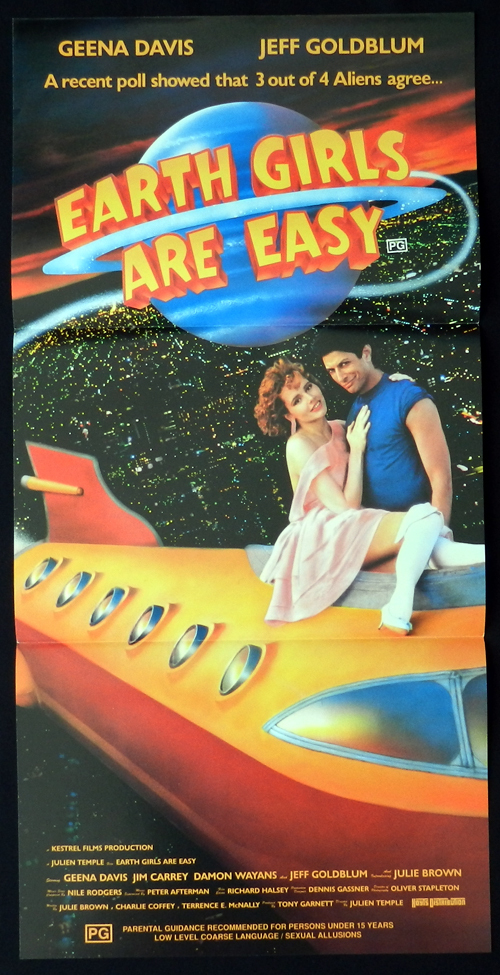 Pretty sure this movie is infamous for being Jim Carrey's first film role? Whatever the reason, I was familiar with it, but never watched it because I either heard or assumed that it was bad. This post made it sound like a laugh though so the Mrs and I watched it together last weekend and it was great.

Guys chill it's not worth it

I don’t have a strong opinion on this subject.

I think you guys got a little carried away.

Don't make me turn this forum around!

Finally gave it a try using my rebuilt older PC hooked up to my TV.

1. Do you (or rather whoever is doing the game programming) plan to have any Linux support? I'm not sure how that works with ProtonDB but there's nothing for it yet. https://www.protondb.com/app/1271380 I'm using a linux-based gaming OS and it wouldn't let me even try running with Proton.

2. Because I couldn't play natively on that box, I streamed it from my main PC and it seemed to play great. Is there a slight delay / animation in swinging the bat? Jumping and shooting seemed instant, even jump kicking the helicopters was no problem. I just want to make sure it's a timing thing my gamer hands need to get used to and not input / network lag.

On Hulu: The Great North (from the creators of Bob's Burgers) just plopped out a first episode and it was awesome, well, if you dig Bob's Burgers, which it was very very much like and very very good.

Thx for the heads up. My wife and I love Bob's Burgers and will be nice to have more weekend morning cartoons.

Apologies for the brain dump, but my frustration level is reaching a boiling point and I need to vent.

AZ is in the fucked zone, so that's just fun in general.

There has been so little communication at work about anything, except rumblings here and there. The spring semester starts on Monday so like, it would be nice to know for sure what's happening. The university president sent out an email today with vague stuff. Faculty now have to get approval from the provost directly to do classes fully online and the university as a while is encouraging more in-person instruction. Seems like a great idea. He mentioned that instructors are in the next vaccination phase which is great but no mention of when that happens, or if that includes non-faculty staff like the many IT staff and student workers that are working in every single class to manage Zoom and all that. I'm approved to continue working from home thru Februrary which I am thankful for, but my college is moving from one day per week in-office to two days per week. Again, seems like a great decision especially if you know what college I work for.

My mom sent me a video that a friend's band made in her neighbor's barn. Any other time I would think that's cool but it's the 4 band members plus my mom's neighbors daughter, her roommate, and a few other people, all maskless, singing, etc. It's hard for me to get excited about people I know having fun in a situation like that when my wife and I are avoiding basically everything and our case numbers are exploding. Please just don't show me photos or videos of people having fun, because it makes me more mad than it normally does.

My dad called me the other day and did the great parent thing of chit chatting about this and that and then casually mentioning that oh yeah he had to take my grandpa to the ER for a blood clot in his lungs but the hospital doesn't have room for him so they just gave him blood thinners and sent him home and they don't seem to be worried about it anyways gotta go.

This could easily be in the depression thread, I guess. Between COVID and the politics of this week, my wife and I were talking about how this week felt like we were back in May again.

I tried Polar recently and I don't think I liked it. The fizziness felt more like mineral water and the flavor was kinda strong in a bad way. It was only available in a larger bottle though, not a can or anything.